If you have an old application that you want to improve we can help.

If you have a FoxPro or Visual FoxPro application that you want migrated to a new platform, then you have come to the right place. 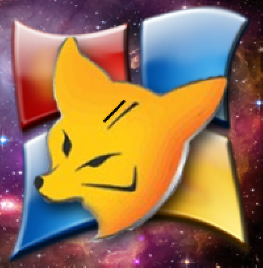 Visual FoxPro (version 9) is fully compatible with XP, Vista, Windows 7, Windows 8 and Windows 10. It can even work with alternative database managers, such as MySQL and MsSQL. The ability to work with other database managers allows VFP applications to handle significantly larger data sets.

The bottom line is that a Visual FoxPro application has the potential for a very long life, returning to your company many dividends. As such, they can be a valuable investment.

The Visual FoxPro programming language is far more robust than current programming languages.   While it fully supports object orientend programming, the language does not have the limitations and dependencies found in most .NET languages.  Also, the fact that a Visual FoxPro application can be compiled into an executable file, not an interpreted file, limits your exposure to external security risks.  A Visual FoxPro application can even be encrypted during the compile process which secures your code from external threats and those who would attempt to decompile and copy your source code. In addition, field and table level security is available to provide extensive data security for your sensitive information.

There are also a wide variety and a large number of off the shelf applications that are based on Visual FoxPro.

Microsoft, in their usual profit sighted only approach ended their support for Visual FoxPro in 2016.  Simply put, it did not fit their structure of license fees and vision of a world where users are completely dependent upon them.  After considerable pressure from users around the world Microsoft made Visual FoxPro available as an open source application through CodePlex.  Visual FoxPro experts are working together to expand and improve Visual FoxPro.

Where possible we will provide you with a free estimate as to the cost of a migration, new development or in some cases, maintenance for your existing application.

Call us today to learn more.