The Specialist You Need!

We have skilled C# (C Sharp) programmers who are ready to help with your programming needs.   Whether need a new application developed or have an existing one that you want assistance with then we can help you.

C# is a language that is often used when migrating old dBase, Clipper and FoxPro applications into new techology. Unfortunately, the language syntax is considerably different which eliminates the ability to reuse old code. C# is also not a database manager so a third party database must be used. MySQL and MsSQL are often the database of choice when working with C#. 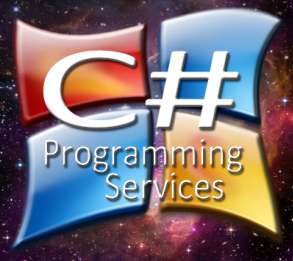 C++, an enhanced version of C, was developed by Bjarne Stroustrup in 1983. In 1999 Borland introduced their Turbo C++ compiler. Borland's Turbo C++ helped push C++ into the mainstream.

C# was developed by Microsoft in 2000. It's original name was COOL; thankfully, the Microsoft team saw the wisdom of changing the name to C#. After C# was released and with Microsoft's promotion, C# has taken center stage in the C family of languages. While the original C remains the best choice for highly complex applications where speed is essential, C# has greatly simplified application and game development.

Where possible we will provide you with a free estimate as to the cost of new development or the maintenance for your existing application.   Call us today to learn more.